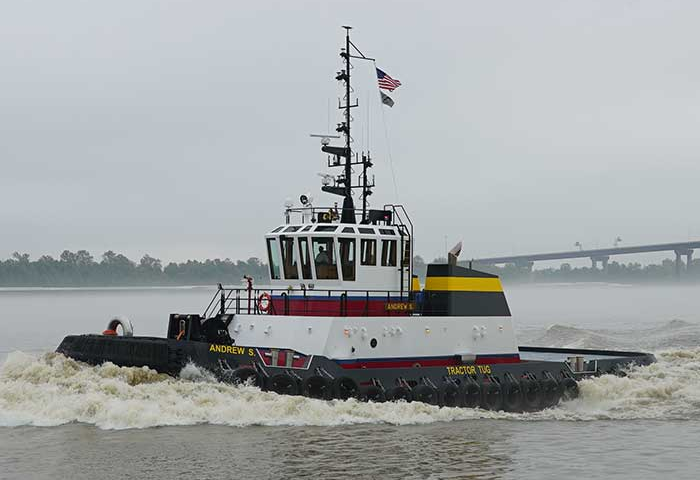 The Andrew S. brings the total number of tugs in the Bisso fleet to thirteen. Eight of them are ASD tractor tugs—the largest fleet of ASD tractor tugs on the Mississippi River

The vessel is the fourth new ASD tug built for Bisso in the past five years by the Main Iron Works shipyard in Houma, La.

The Andrew S. will have a crew complement of four and carries an ABS International Loadline in addition to being built to Subchapter M certification and receiving a USCG COI.