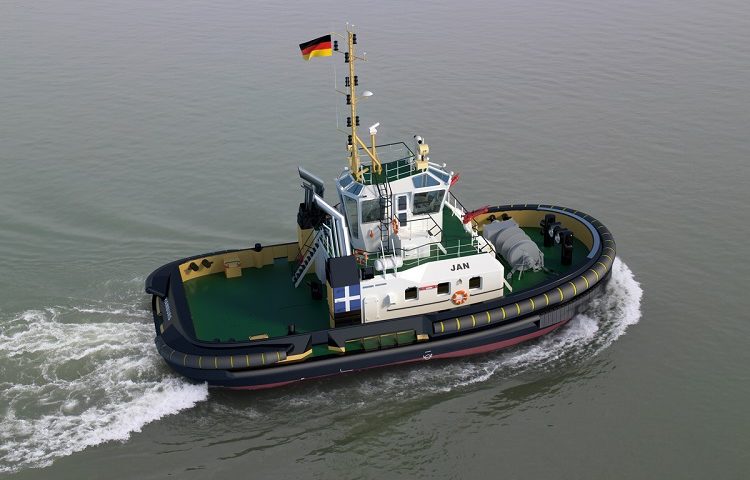 Damen Shipyards Group has signed a contract with Neue Schleppdampfschiffsreederei Louis Meyer GmbH & CO. KG for the supply of an ASD Tug 2411, to be named JAN. The vessel was built for stock at Damen Shipyards Changde in China before being transported to the Netherlands. She will now undergo finishing at Damen Maaskant Shipyards Stellendam (Maaskant) and be delivered to her new owner in June 2019.

JAN will operate primarily in the Port of Hamburg, as well as other German ports as required. There, the ASD Tug 2411 with its compact form, excellent manoeuvrability and 70 tonnes of bollard pull is widely considered to be the best vessel available. JAN will bring the total number in this class operated in Hamburg by the various suppliers of vessel handling services to seven.

The vessel has been built to German flag requirements and as part of her finishing at Maaskant her heating system will be upgraded by the installation of an oil fired boiler and she will be equipped with fire-fighting capability according to FiFi 1 regulations.

“We’re very pleased to be continuing our relationship,” said Frank de Lange, Damen Sales Director North, West & Southern Europe. “And we are very proud to be delivering another Damen ASD 2411 for the Port of Hamburg. This once again demonstrates its effectiveness as an efficient and fit-for-purpose vessel for the world’s busiest cargo ports.”