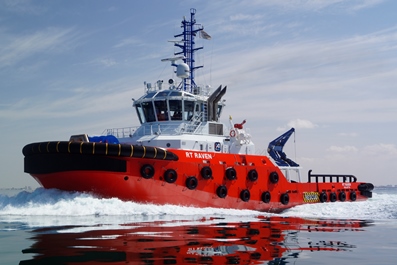 KOTUG Australia (KOTUG) and Teekay Shipping Australia Pty Ltd. (Teekay) have successfully concluded a deal in order to re-shape KT Maritime Services Australia Pty Ltd. (KTM) from a 50/50 joint venture to a full subsidiary of the KOTUG group.
After several years of working with KOTUG to successfully establish this business, Teekay has decided to exit KTM to focus on its core Australian ship management, crewing and consultancy businesses. By acquiring Teekay’s stake, KOTUG aims to optimize its existing operations and to provide room for significant growth. Both companies will work together during a transition period to restructure the new company set-up.
The transaction has been unanimously approved by the boards of both parent companies and was executed in the first week of April 2018. The transition is scheduled to be finalized on 1 July 2018.
KTM was incorporated in 2012 allowing parent companies KOTUG and Teekay to combine expert industry know-how and operational best practices in the continuous growing Australian towage market. KTM provides all towage operations for Shell’s Prelude FLNG, as well as towage assistance at ConocoPhillips’ Bayu Undan FSO, for which it employs four Infield Support Vessels (ISVs). All vessels are owned by the KOTUG group.
KOTUG’s CEO Ard-Jan Kooren: “We thank Teekay for the professional and pleasant cooperation in the past years. Together with our motivated office staff and crew, and with our existing Australian port towage business and the Emergency Towing Vessel chartered out to the Australian Maritime Safety Authority, we are capable to drive the business to the next level.”
Teekay’s Executive Vice President, Strategic Development, William Hung: “Given KOTUG’s long international history of tug operations and ownership of the four vessels servicing KTM’s existing business, the transition to full ownership by KOTUG will simplify KTM’s governance and operating structure. With the start-up of KTM’s contracts with Shell and ConocoPhillips, we believe this is the right time for Teekay to refocus on our core Australian business.”