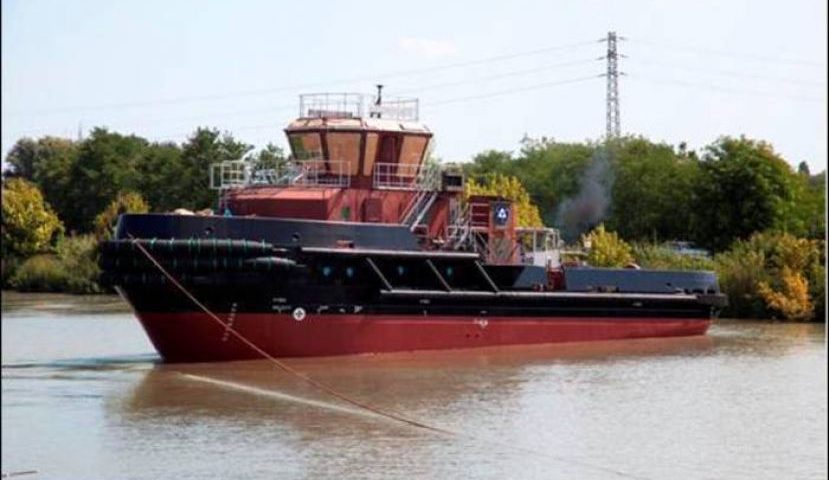 Named Rome-Moscow, the €8 million (US$9.4 million) vessel will be used to dismantle decommissioned Russian nuclear submarines in the Barents Sea.

The vessel is the outcome of the Veneto company winning a public tender launched in 2016 by the Italian Ministry of Economic Development as part of the collaboration agreements between the Italian and Russian governments over the issue of handling radioactive waste.

The launch will be followed over the next few months by sea trials and the hand-over of the vessel.

Rome-Moscow is 32 metres long and was designed to be able to pull, push, and escort vessels in harbours or at open sea, including when ice is present, lead other vessels in mooring manoeuvres, and recover vessels that experience mechanical failure.

The tug will have a bollard pull of 64 tonnes and a dynamic pull of 54 tonnes, and will reach a speed of 12.5 knots thanks to the two fast diesel engines linked to the two azimuth drives with variable-pitch propellers.