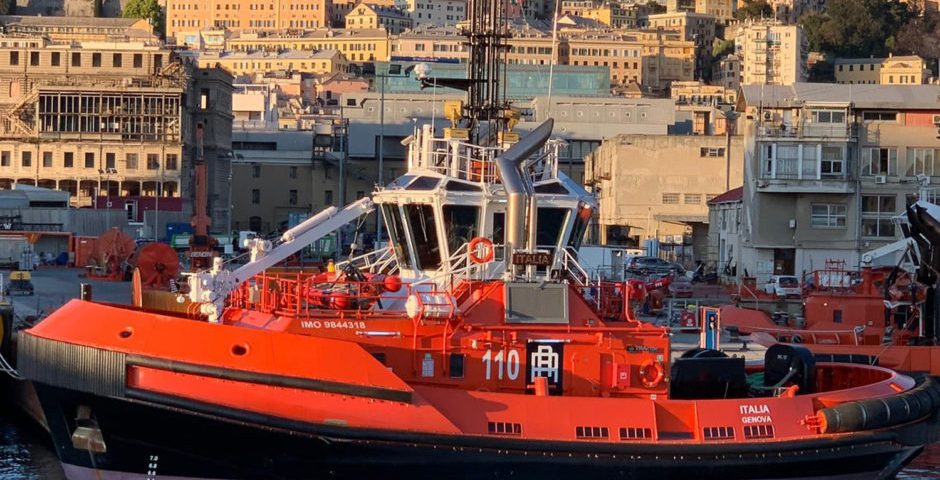 Genoa Italy based Rimorchiatori Riuniti Group took delivery in February of a modified version of Robert Allan Ltd.’s TRAktor 2500-SX standard design from Sanmar Shipyards of Turkey. Both Robert Allan Ltd. and Sanmar were very pleased that their mutual Italian client honored their new vessel with the name Italia.

Robert Allan Ltd. and Sanmar Shipyards worked very closely with Rimorchiatori Riuniti to modify the design to suit the requirements of the knowledgeable owner. Such modifications included:

Despite having a low length to beam ratio for accommodating high bollard pulls, the TRAktor 2500-SX is an efficient, highly controllable, and manoeuvrable tractor tug. This is due to a modern hull form and appendage configuration which Robert Allan Ltd. invested significant effort in model testing and computer-based computational fluid dynamics optimizing.

The hull features a raised fo’c’sle deck for operation in rough weather and for keeping the lower accommodation space above the design waterline per the MLC code. The key hull particulars are as follows:

Primary tank capacities at 98% full are:

Italia has been outfitted to a high standard for a crew of six. The spacious accommodations are MLC compliant and each cabin features a private en suite WC space.

The wheelhouse is designed with a single split control station for both ahead and astern operation with excellent visibility over the aft working deck. The efficiently laid out engine room includes a separate switchboard room and separate engineer’s workshop.

The electrical plant consists of two Caterpillar C 4.4 diesel gensets, each with a power output of 86 ekW, 50 Hz, 400 V.

Ship-handling fenders at the stern consist of an upper row of 800 mm diameter cylindrical fender and a lower course of W-fender. 300 mm D-rubber lines the shear strake and 300 mm thick W-fenders are fitted at the bow.

On trials, Italia achieved the following bollard pull and speed: 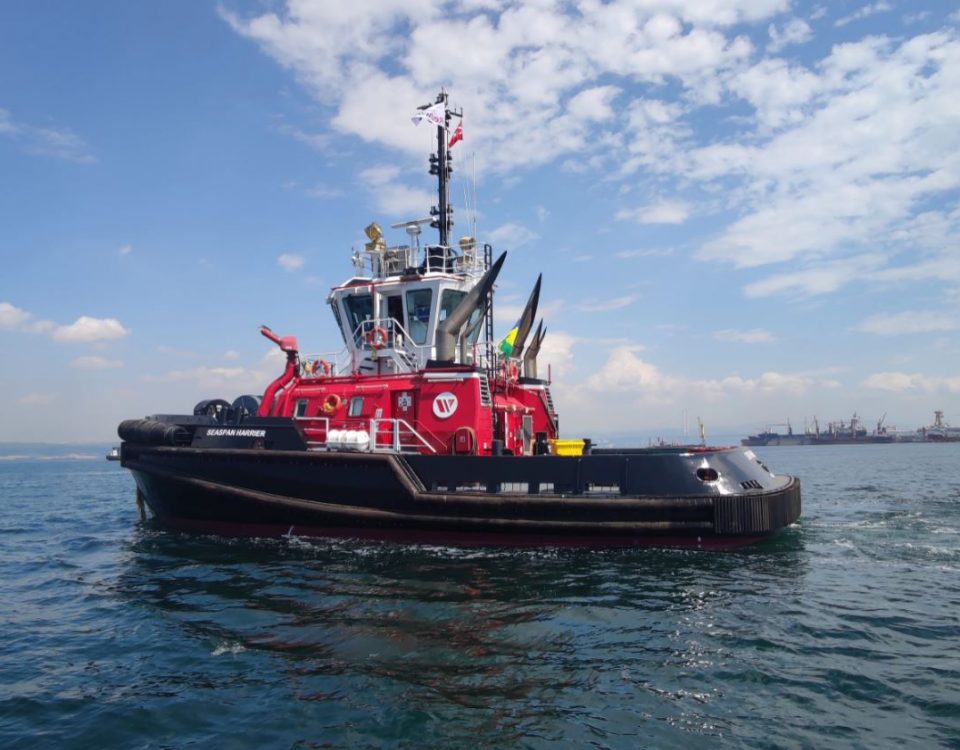 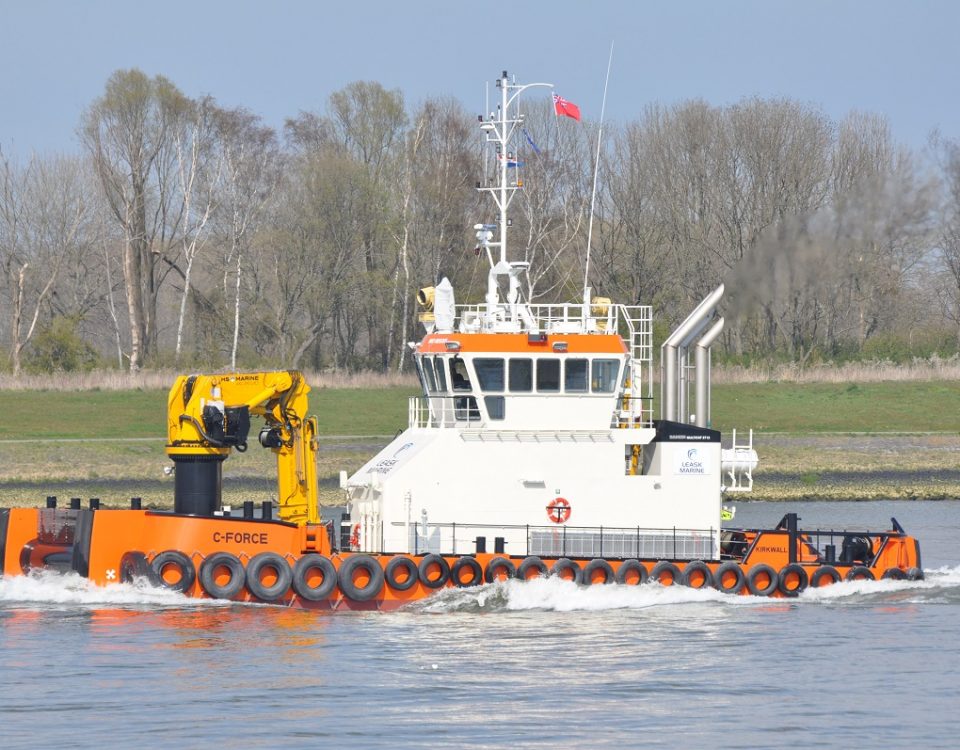 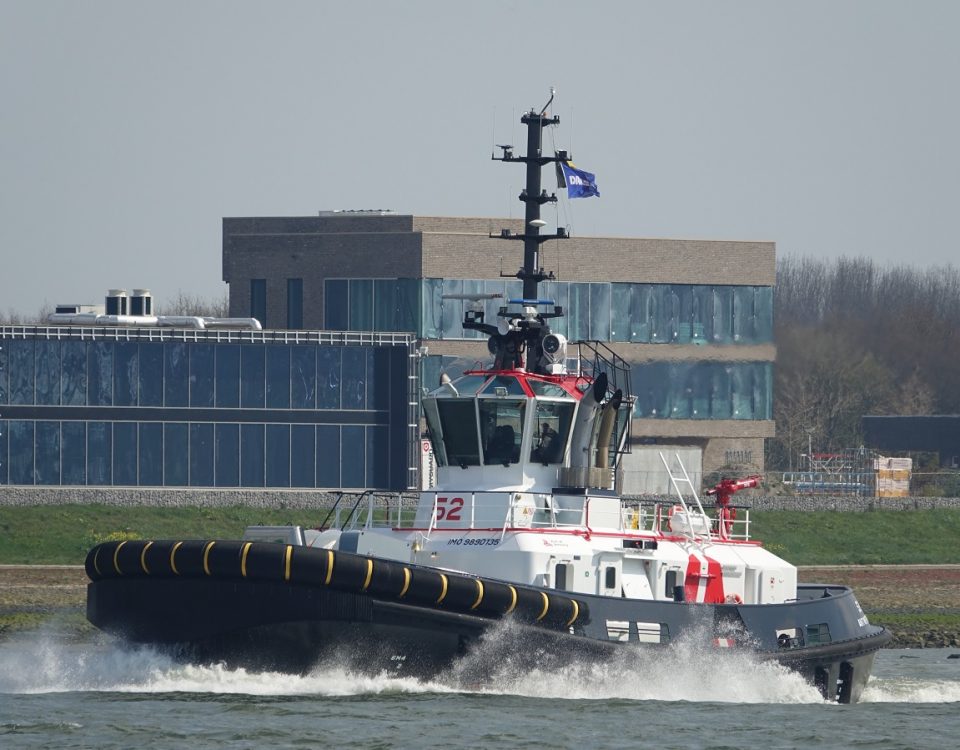 Port of Antwerp expands its fleet with energy-efficient tugs