Damen signs with Port Authority of Jamaica for Utility Vessel 3911 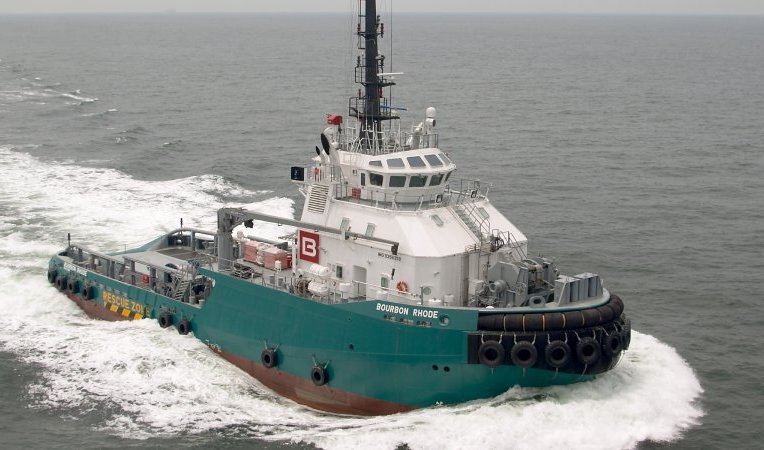 A rescue operation is underway for a Bourbon tug with fourteen crew members on board after the vessel found itself caught near the eye of Hurricane Lorenzo in the Atlantic Ocean.

France-based Bourbon Offshore said its offshore tug Bourbon Rhode was in transit approximately 1,200 nautical miles off Martinique island, located in the Caribbean Sea, when it sent a distress signal that picked up by French authorities on Thursday morning.

At one point the Bourbon Rhode was reported as being just 60 nautical miles from the eye of Hurricane Lorenzo, a major Category 4 hurricane, according to Bourbon.

The vessel is experiencing water ingress in the rear part of the vessel.

“A crisis cell has immediately been activated and it ensures the coordination, out of Marseilles, of the rescue of the vessel and its crew, in close collaboration with authorities, including the Regional Operational Center of Surveillance and Rescue (CROSS) West Indies-Guyana,” Bourbon Offshore said in a statement.

Authorities have diverted the Marshall Islands-flagged bulk carrier SSI EXCELLENT to render assistance. As of Thursday, the bulk carrier was located approximately 200 nautical miles from the tug. Arrival on scene was anticipated for Friday morning.

“An update on crew and vessel situation will be published as soon as possible,” Bourbon said.

Bourbon Rhode is part of Bourbon’s fleet of terminal tugs which provide assistance operations, standby, and support of offshore oil and gas terminals, and is specialized in assisting FPSOs.

Update: A search for the offshore tug Bourbon Rhode with fourteen people on board is now underway with a general cargo ship now in the search zone.

Bourbon said in a update that weather conditions remain particularly adverse in the search area due to impacts from Hurricane Lorenzo.

According to reports on social media, at least one NOAA hurricane hunter aircraft have been diverted to assist in the search. “Other maritime means are being mobilized in order to provide assistance to the crew, as well as air support from NHC (National Hurricane Center),” Bourbon said in an update.

The rescue is being coordinated by the Regional Operational Center of Surveillance and Rescue (Cross) of West Indies-Guyana.

“The crisis cell is working in very close cooperation with the Cross. BOURBON’s teams are mobilized to keep the families of the crew members informed and bring them full support in this difficult time,” Bourbon said.

The storm weakened slightly on Friday, but remained a Category 4 hurricane with sustained winds of 140 m.p.h.