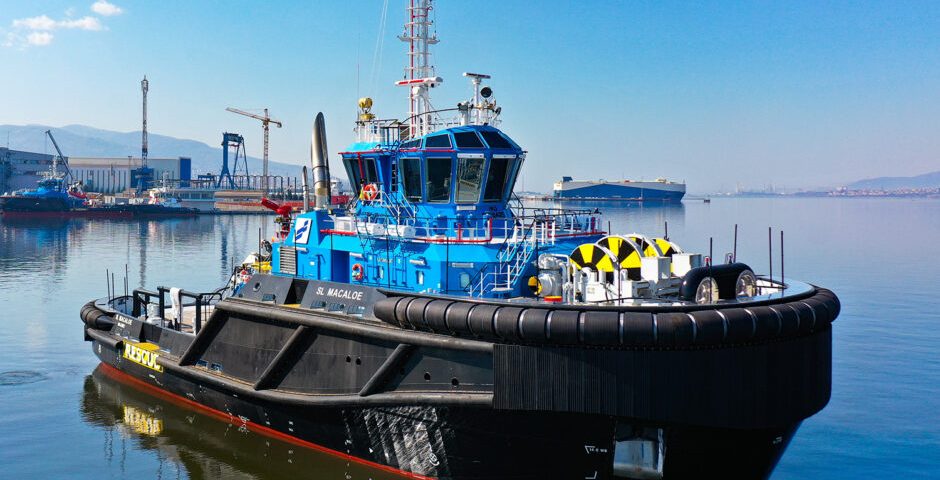 These tugs are the first RAstar 4200 design vessels used for terminal support and have been outfitted specially for these operations. These new tugs are specifically designed to be operated in the offshore area near the northeast coast of Pemba, Mozambique. The three tugboats will be working together with one multi-purpose vessel as a fleet in support of FLNG operation, providing berthing and unberthing service to LNG carriers and condensate tankers, and as a holdback tug during cargo transfer operations.

They are designed to have good seakeeping and are capable of being operated performing the berthing and unberthing services in open water. The tugs are very powerful with bollard pull of up to 93 tonnes ahead.

The tugs are also designed to the requirements of a standby vessel and have the BV notation of Standby Rescue of 20 Survivors.

Key particulars of the RAstar 4200 series are:

The tug was designed and constructed to the following Bureau Veritas Notation:

The vessels have been designed to have a full height forecastle deck with one tier of deckhouse above the forecastle deck and below the wheelhouse. They have each been outfitted for an operating crew of up to 12. The crew cabins, galley and mess are spaciously arranged in deckhouse and forecastle deck. The cabins are isolated from machinery space which provides quiet and comfortable living spaces for crews. A gym and accommodation for rescued survivors are arranged in lower deck.

The tugs have been outfitted for safe and efficient performance of ship handling. The deck machinery comprises a Brattvaag escort winch and two hydraulic vertical anchor windlasses at the bow. The escort winch is spooled with a high-performance synthetic towline on each drum. On the aft deck, a towing hook, tow pin and two tugger winches are provided. An aft towing winch is also provided for SL MACALOE. In addition, a deck crane is also provided for deck cargo handling. The aft deck is designed to load 100t of deck cargo.

A U-tube anti-Roll Tank is incorporated and arranged to significantly reduce roll motions and improve the sea keeping performance in offshore operations.

Main propulsion for each tug comprises of a pair of Anglo Belgian Corporation (ABC) 12V DZC-166-1000, IMO Tier II certified diesel engines, each rated 2900 bkW at 1000 rpm, driving a Kongsberg US 35CP Z-drive unit with 3.0 m diameter propeller in a nozzle. In addition to the main propulsion the tug is also fitted with a drop down azimuthing bow thruster, electric motor driven Kongsberg UL 601, with 1300mm diameter fixed pitch propeller.

The electrical plant consists of three identical Caterpillar C18 ship service generators all able to operate in parallel. Each set has a power output of 410 ekW at 50Hz. The vessels are also fitted with a Caterpillar C4.4 emergency generator.

This series of vessels achieved the following trial results: 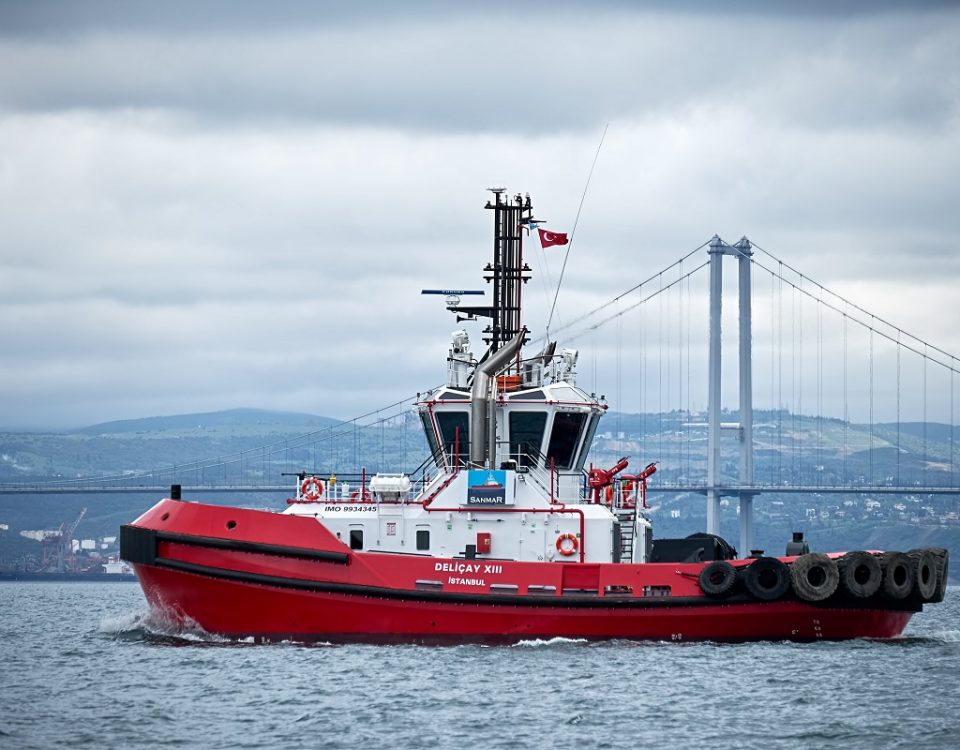 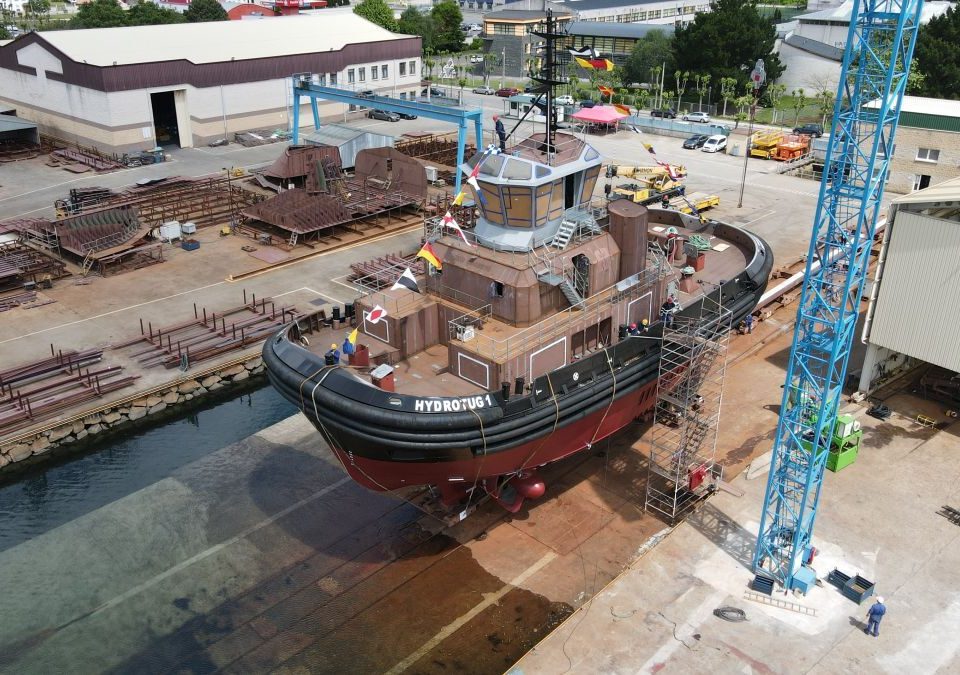 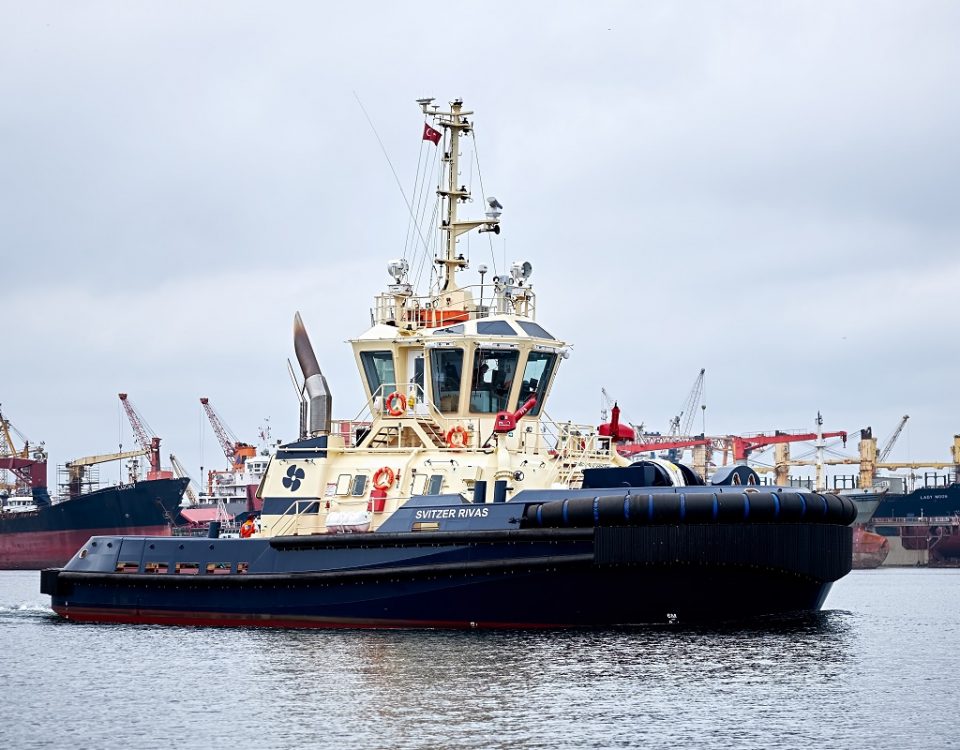