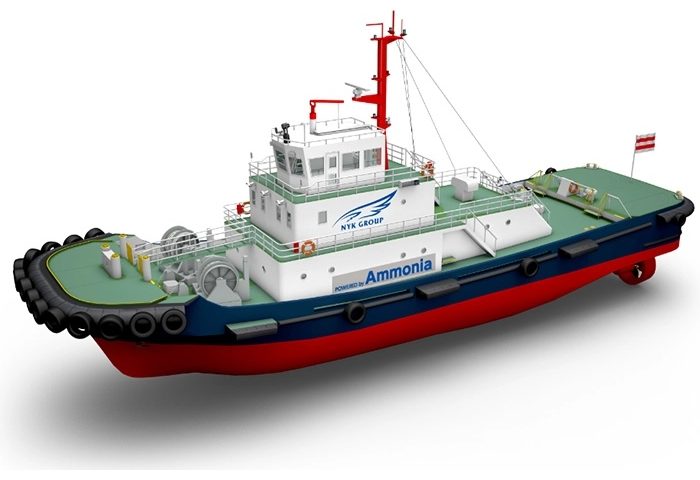 Three Japanese companies have kicked off a joint development project that aims to put the world’s first ammonia-fueled tugboat into practical use. The same three companies—NYK Line, IHI Power Systems and ClassNK—worked together to jointly develop the LNG-fueled tugboat Sakigake, which was built in 2015 as Japan’s first ship fueled by liquefied natural gas. They say they will draw on experience gained in that project in this latest joint development effort.

The attraction of using ammonia as path to meeting IMO’s GHG reduction targets is that CO2 is not emitted when it is burned and that ammonia can be produced from CO2-free hydrogen which itself can be produced by using renewable energy. A second way is by using natural gas or coal together with carbon capture and storage.

In this latest venture, the companies will carry out R&D on both the technical and operational aspects of introducing ammonia as a tugboat fuel.

NYK Line will carry out research and design of the vessel’s hull and fuel supply system and verification of operational methods based on experience with the Sakigake. IHI Power Systems (formerly Niigata Power Systems) will undertake engine and exhaust gas aftertreatment R&D, while ClassNK will carry out a safety assessment of the the ammonia-fueled tug.