Designed by Guarino & Cox, Covington, La., the new tug, which has a steel hull and an aluminum tower, is powered by a pair of Tier 4 Caterpillar 3516E diesel engines, each producing 2,501 hp at 1,600 rpm. The Cats connect to 120″x78″, 5-bladed stainless-steel Hung Shin wheels through Reintjes WAF 1173 marine gears with 7.429:1 reduction ratios from Karl Senner. The propulsion package gives the new tug a running speed of 13 knots and a bollard pull of 48.19 metric tons. The tug has a 15′ draft.

The tug was delivered in December 2018. 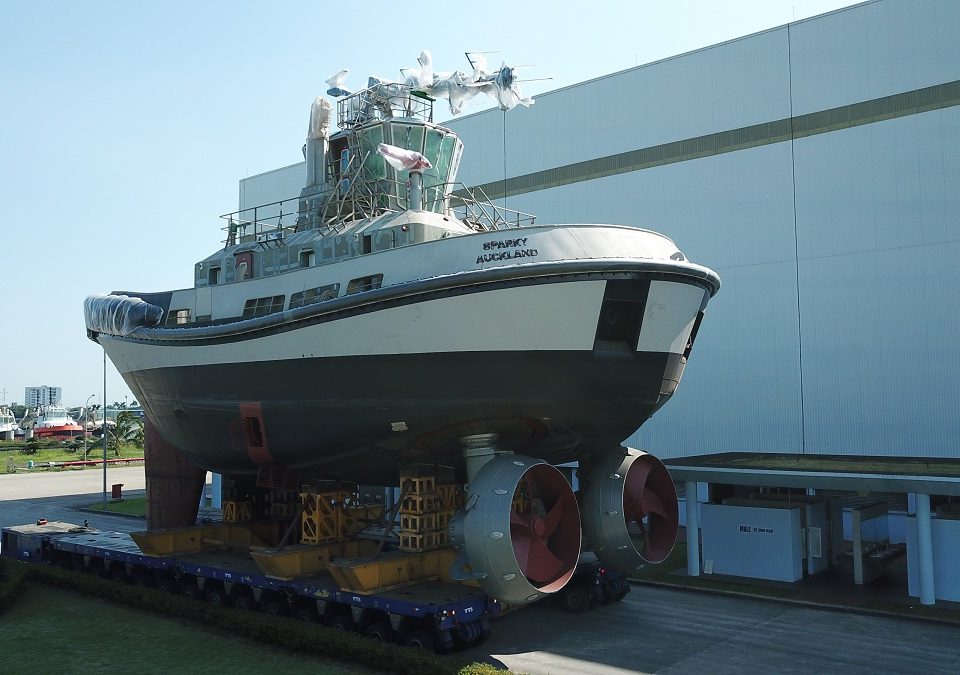 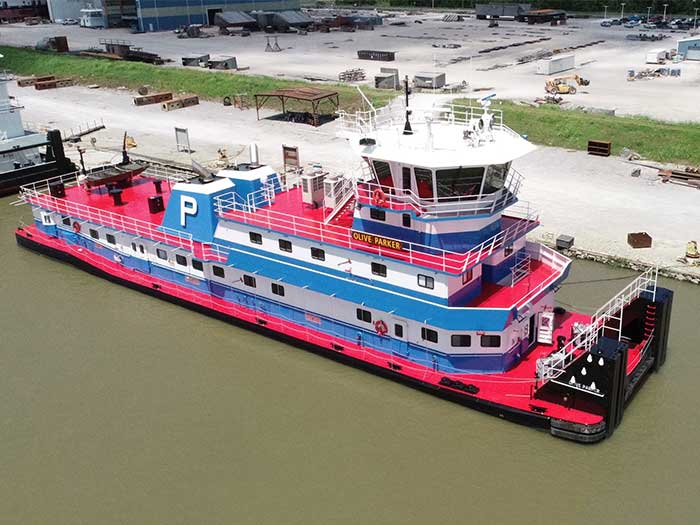 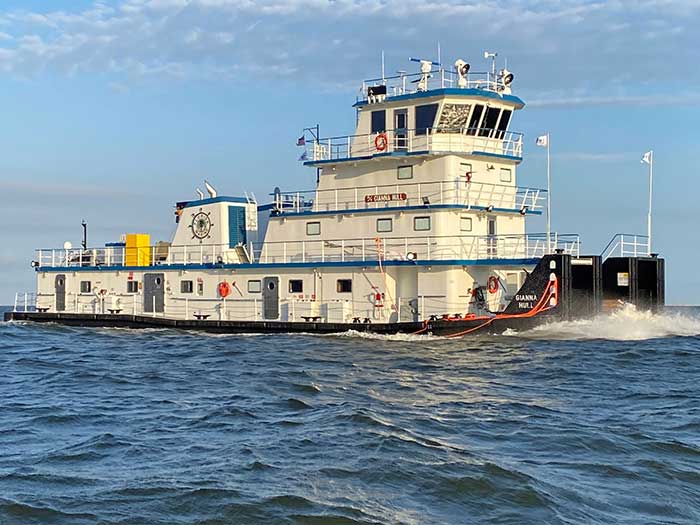