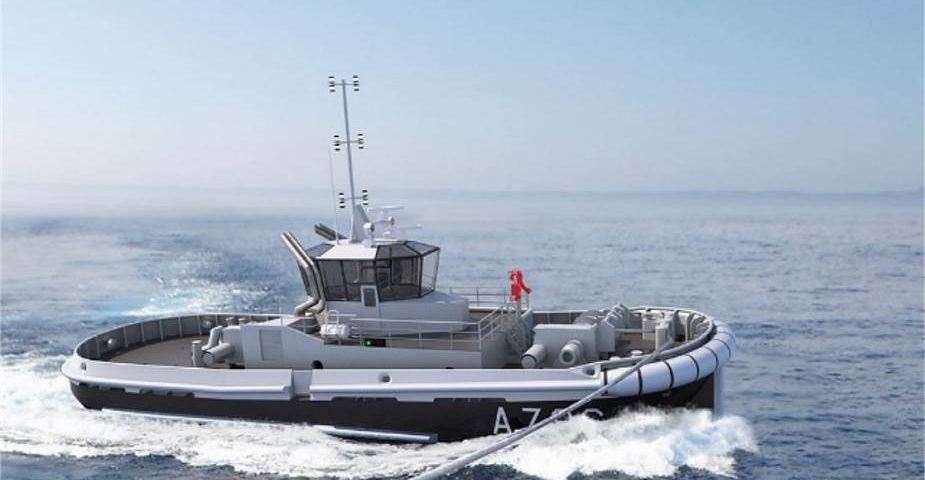 Complementary to the port tugs of classes 10 and 6 tonnes, these boats are intended to assist surface ships and submarines, especially during docking and departure maneuvers. They will replace 22 RP12 tugs and coastal tugs (RCSV), with 12 and 26 tonnes of traction respectively. The 2019-2025 military programming law provides for a vast operation to modernize and rationalize the port resources of all the naval bases of the French Navy.

The RP30 and RPC30 tugs are 26 m long and 9 m wide. They weigh around 275 tonnes. The RP30s are operated by a crew of four sailors and the RPCs by a crew of six sailors. They are adapted to the specific needs of the Navy and to the particularities of its new ships. They thus benefit from an increased traction power to 35 tonnes to be able to intervene on today’s larger and heavier military ships.

The RP30 and RPC30 gangway is very narrow to allow flank against flank maneuvers with ships whose hull is V-shaped. Finally, they have specific protections, below the waterline, to maneuver with submarines.

The RP30s are intended to carry out operations in port areas in one day, while the RPC30s have a capacity for navigation on the high seas with autonomy in food and fuel for 5-day missions.

These vessels will be assigned to the naval bases of Toulon (7 RP and 1 RPC), Brest (6 RP and 1 RPC), Cherbourg (2 RP and 1 RPC), Fort-de-France (1 RPC) and Papeete (1 RPC). The first deliveries to the French Navy are scheduled from May/June 2022, at the rate of 4 units per year, with two prototype vessels for Toulon and Brest.

The RP30 and RPC30 will be built by Chantiers Piriou in Concarneau with the participation of numerous local subcontracting companies. They represent an activity of around 40,000 hours per unit, or an annual charge of around 100 people in full-time equivalent to producing 4 tugs per year between 2021 and 2027. Listed in the 2019-2025 military programming law, this command illustrates, among others, the support of the Ministry of Defense for the resumption of the economic activity of French companies.